My first project of the 2012 year will be to add some more miniatures of my fantasy Barbarian warband. I've ordered Boerogg Blackrime (Giant pictured below) from Reaper Miniatures and will be getting a few miniatures from Red Box Games. Tre (Red Box Games) has said he is going to release some more HelsVakt in the next month or two. One of his ranges that has grabbed my imagination is the Aenglish and they'll be on my list too. I'll also be adding to both my Early Visigoth and Eastern Late Roman Impetus armies with more Musketeer Miniatures. I hope we'll see some mounted Late Romans this year!

Posted by Killshot Productions at 9:48 AM No comments:

As I mentioned a while ago, I was going to complete an Empire army for Warhammer using 3rd and 4th edition Empire miniatures. I had decided against trying to build the army and was going to sell what I had on hand. It wasn't too much and didn't sell. I took it as a sign that maybe I should try to continue building the army. I picked up a pack of Empire soldiers with great weapons and some more handgunners (first two pictures). However, I still feel like I'll never complete this army so I'm going to attempt to sell the collection to fund my other gaming projects. I'm asking $100 USD for the lot, with $10 shipping to the U.S and $15 shipping worldwide. 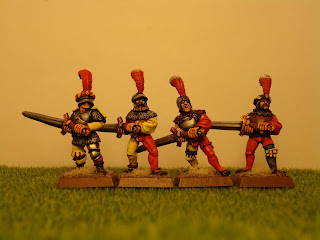 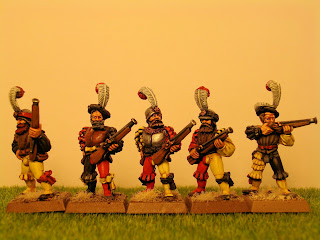 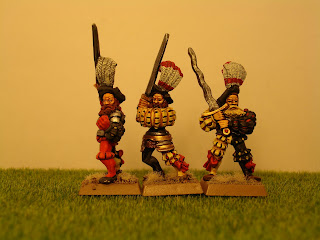 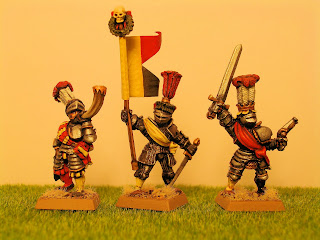 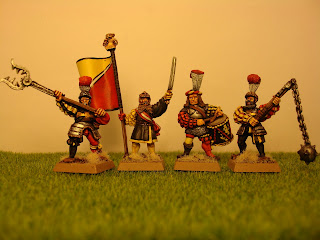 A base of Musketeer Miniatures Gothic cavalry for Impetus. I finished them up a while ago, but couldn't upload pictures to blogger for some reason. They are going to be part of an Early Visigoth army and represent the mounted Nobles. 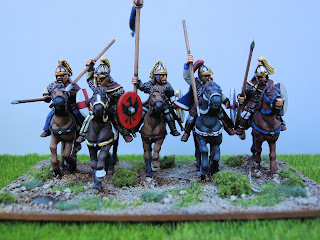 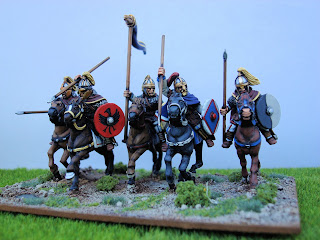 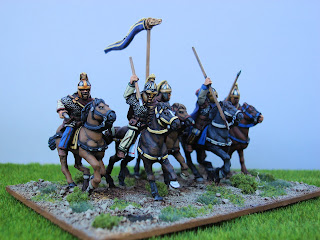 Black Tree Design armored Late Romans. They're based for an Impetus Eastern Late Roman army. These BTD figures have been among my favorites, but the new Late Romans from Musketeer Miniatures will fill out the rest of the army. I'm also working on a Gothic Army that will be composed entirely of Musketeer Miniatures. My next purchase of historical figures will be some Gothic infantry. 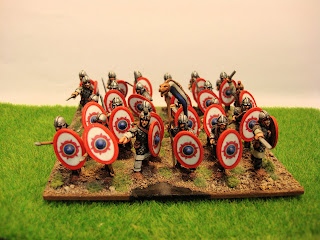 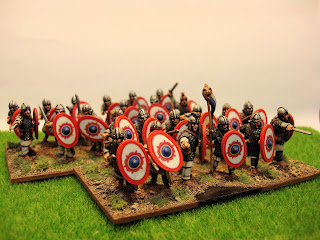 Posted by Killshot Productions at 8:27 AM 5 comments:

An update including some Redbox Games miniatures that I finished a while ago. I don't have any gaming system in particular in mind for these, just been painting them for fun really. Probably need to try Ganesha Games' Song of Blade and Heroes one of these days.
First picture is an action shot of Beleghast unleashing his war band (include Kagunk from Reaper Miniatures) against Einar and Eofrweg. 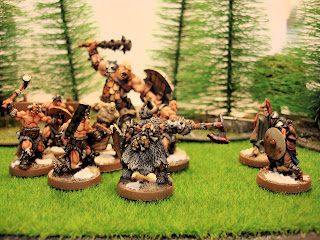 Close up of Eofrweg of the Red Gate. 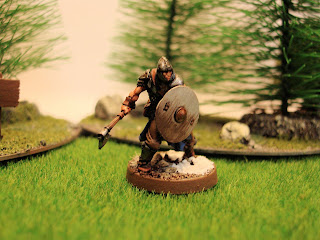 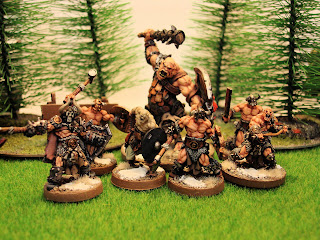 The recent miniatures for the war band. HelsVakt Hordesmen Pack A (which is no longer available), Conradt the Crazed, and Sverreulf the Red-Handed (a Halfblood) serving as a mercenary. 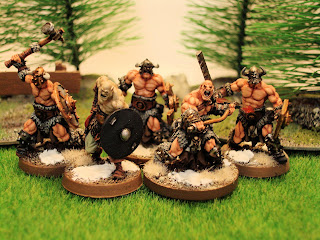 Posted by Killshot Productions at 6:50 PM No comments: